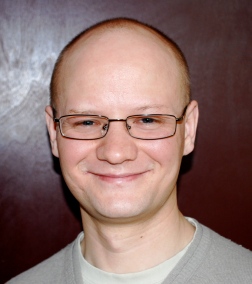 “Max, how did your mom live through the period when you shot up?” I asked. “Oh, my Mama drank bitterness by the cupful.” said Max.

In the mid 90’s heroin took Irkutsk in force. During the days of Communism, access to hard drugs in Russia was limited, except for marijuana, but all that changed when the Cold War ended. In the heady days after the collapse of the Soviet Union, evangelists, spiritual charlatans, sects, financial gurus, and missionaries of Western ideology flooded the streets of Moscow and St. Petersburg. In the same way, heroin burst across Russia’s southern borders. Irkutsk was hit harder than any Siberian city, and by the late 90’s became heroin capital of Siberia. A generation of young Russians succumbed to the needle.

Max, a friend of mine who served in the Russian Army, left Chechnya just as the first Chechen war was heating up. “I left one war, and came home to Irkutsk, to another war”. I asked him, “Max, what made you think that trying heroin was a good idea?” Max answered, “In those days we didn’t know anything about heavy drugs, it just seemed like fun, another good high. When I returned from Chechnya, all my friends were caught up in it. Our whole generation fell into a trap.” Max told me that 90% of his friends living in his region of the city, a region called “First of May” region, became heroin users. (Incidentally, I lived in this same region during that time.) Half of those friends did not survive. Half. What started as a good time, ended in war over their very lives.